Well, I hope everyone got what they wanted from under the Newtonmass tree?

The Maggot Mounds are some pieces of scenery done for my Nurgle table.

The overall construction is very simple: some disks of expanded polystyrene covered in sand, some pillars made from wedding cake columns, some maggots made from painted grains of rice and some bitz.

I've made these as strong as I can so each piece has been given several coats of matt varnish. The maggots and entrails were also given a final coat of gloss varnish.

In games of 40k, they either provide 5+ cover to models that are on them  (the wussy version) or they provide 4+ cover save but  each model has to take a dangerous terrain test every turn (whether they move or not). 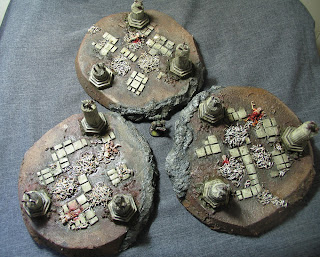 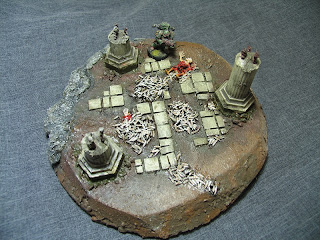 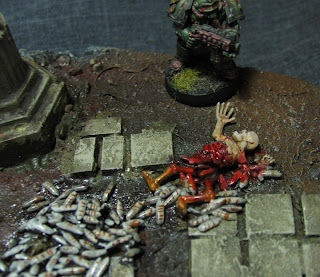 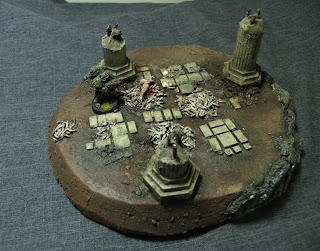 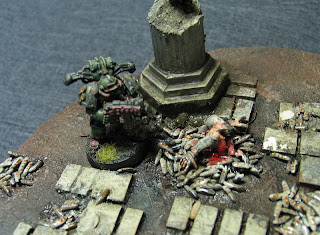 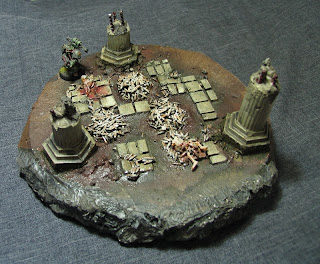 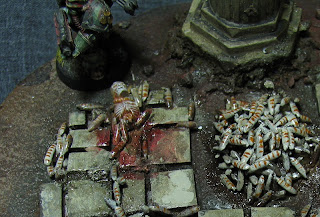