This is the first of the four art deco corner ruins that I am making (test versions of the other three are in the background of these photographs).

The idea it to make four sets of corner ruins from the same building master template so that if you want to put them facing inwards, it will be immediately apparent that this is the ruin of one large single building.

All the architectural detailing on the four corner pieces will be identical  - only the size of the ruins will be different.

This is a single level ruin (i.e. it has one floor). It will be the smallest of the four.

After this I will make two corners that have two platforms and then a final one that has three. 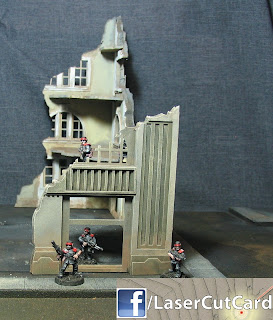 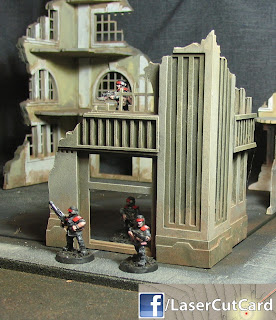 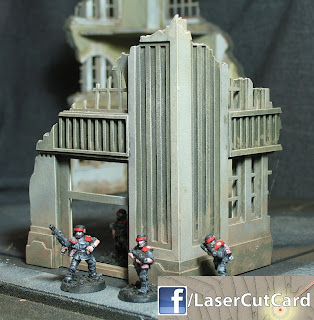 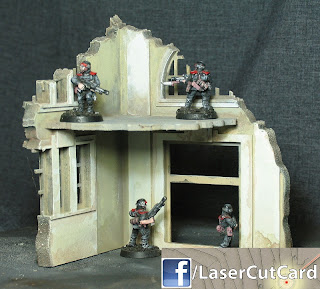 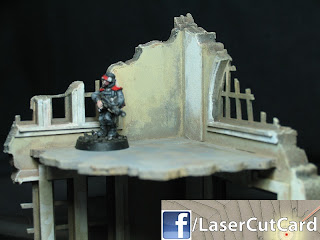 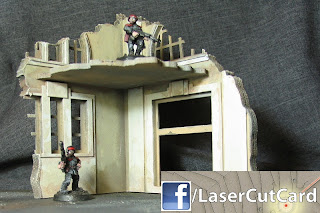 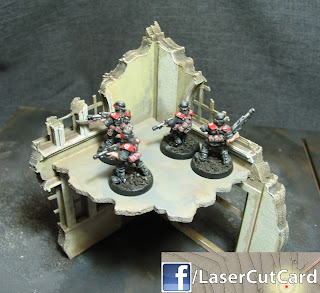 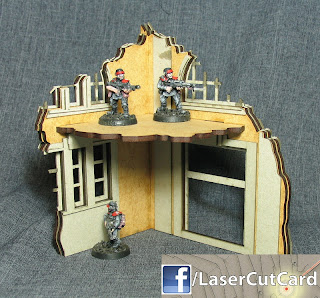 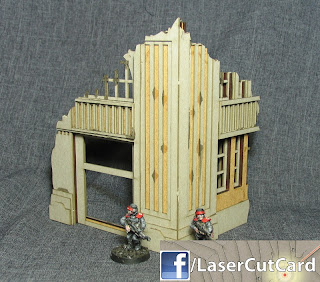 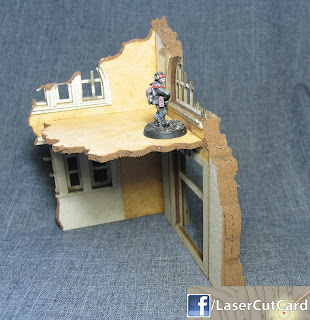 This is what the building looks like straight after assembly.

All I did was add some white glue and sand to the edges to hide the layers.

It is available from the store here: http://www.lasercutcard.co.za/buildings/art-deco-corner-1

A herd of rhino

My nurgle marines are complaining about having to walk everywhere. The solution was to dig up an old cardboard template, make a few copies and slap on some milliput. 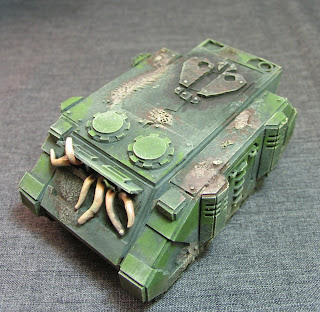 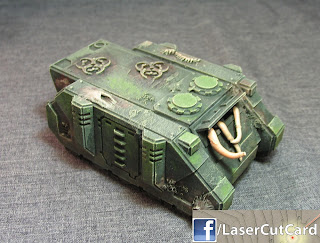 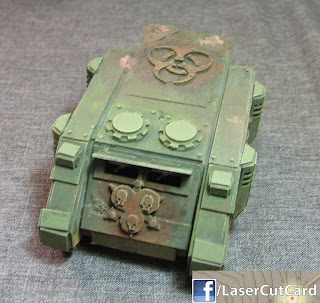 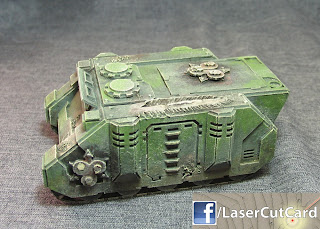 This is a project I have been working on for some time - to produce wargames scenery that is art deco rather than gothic. This is the first test cut (full of bugs but anyway...) and I decided to paint it up to do a colour test.

This palette is a little too art deco for 40k (in fact it is this building's original colours) but with a slightly more concrete look I am sure it could look as depressing as any gothic spire. 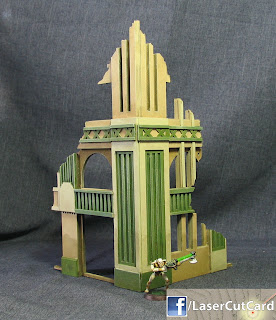 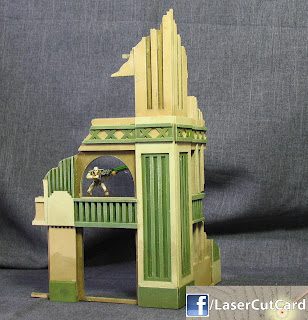