I did a test cut of some chaos base toppers.
They will come 12 to a pack but you potentially get 24 if you use both the positive and negative forms.

I think they have a lot of potential to replace the standard "sand and white glue" basing options.

I have two designs for now... a generic chaos star (which is a little fiddly and might have to be simplified) and a biohazard / plague one.

I'm interested to see what they look like painted up. We used these ones as object markers last night and they worked perfectly. 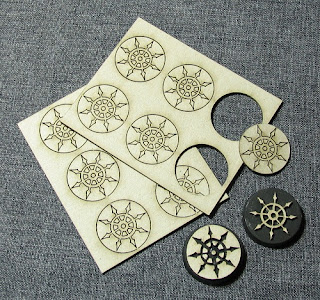 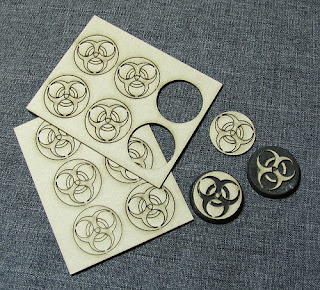