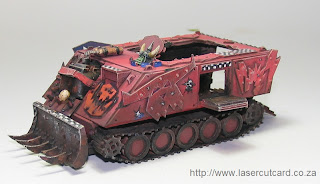 This is an ork trukk conversion based on the generic tracked APC kit. It is based on the open topped version. 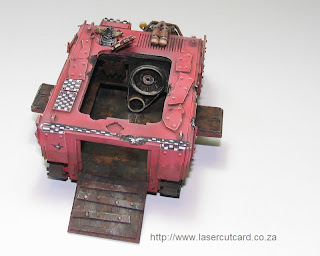 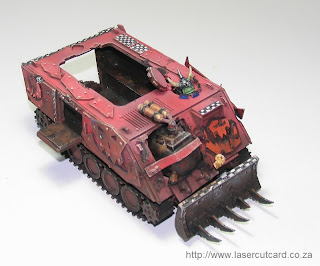 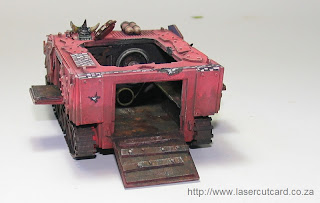 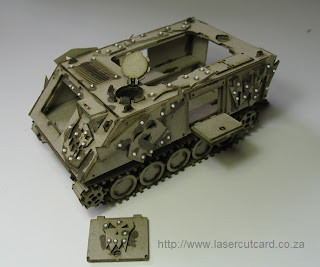 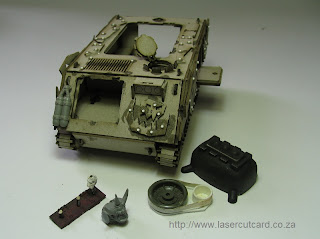 I scrounged up some bits from the bits box, including something that I hope will look like a monstrous engine. 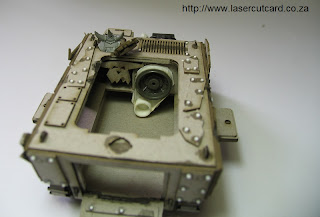 I made a little engine plate with a belt and glued that onto the back of the engine compartment. Having the orky upgrade engine extend into the passenger compartment felt right.
I did not want to model the legs of the driver so I blocked off the driver compartment with another glyph. 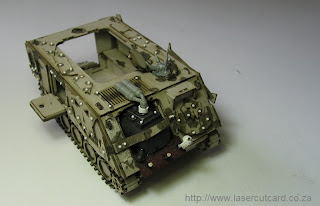 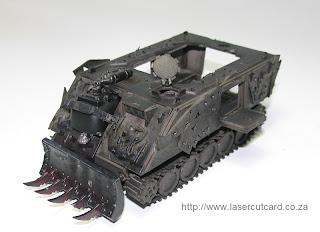 For painting, I started with a matt black spray overcoat. 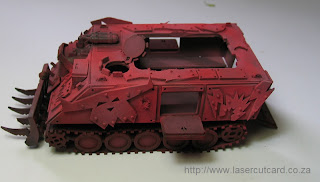 It was then drybrushed and a dark brown wash applied to all the plate edges.