With the new version of Warhammer 40k allowing fortifications to be bought as part of your army, I wanted to try and make something for my necrons (given that the only kit available is for the Imperial Armies). So this is my version of the Aegis Defense Line with a necron theme.

There are two main sub components, a short and a long barricade. The short has two vanes/spars and the long has four.

The barricades are made from laser-cut cardboard that is 1.3mm thick which sandwiches a layer of clear perspex that is 1.5mm thick. The perspex was also laser cut.

The perspex was spraypainted with a thin coat of gloss green as I cannot get tinted perspex at that thickness.

Everything was painted before assembly.

There are three sets of the long/short barricades and these can be stacked to make a sizable defensive perimeter.

The necron glyphs are repeated on the back of the piece in a mirror of the front. The translucent green is supposed to represent an energy field rather than a physical material, with the little pieces being suspended in it. 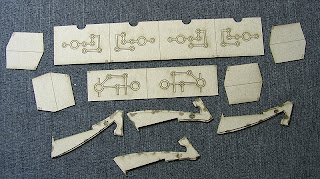 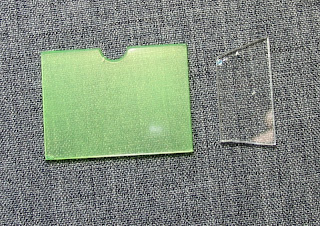 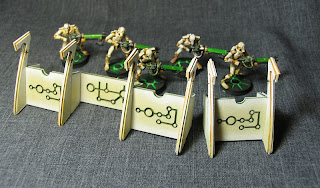 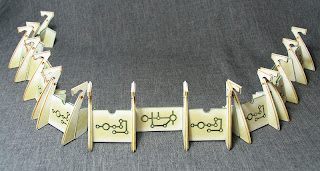